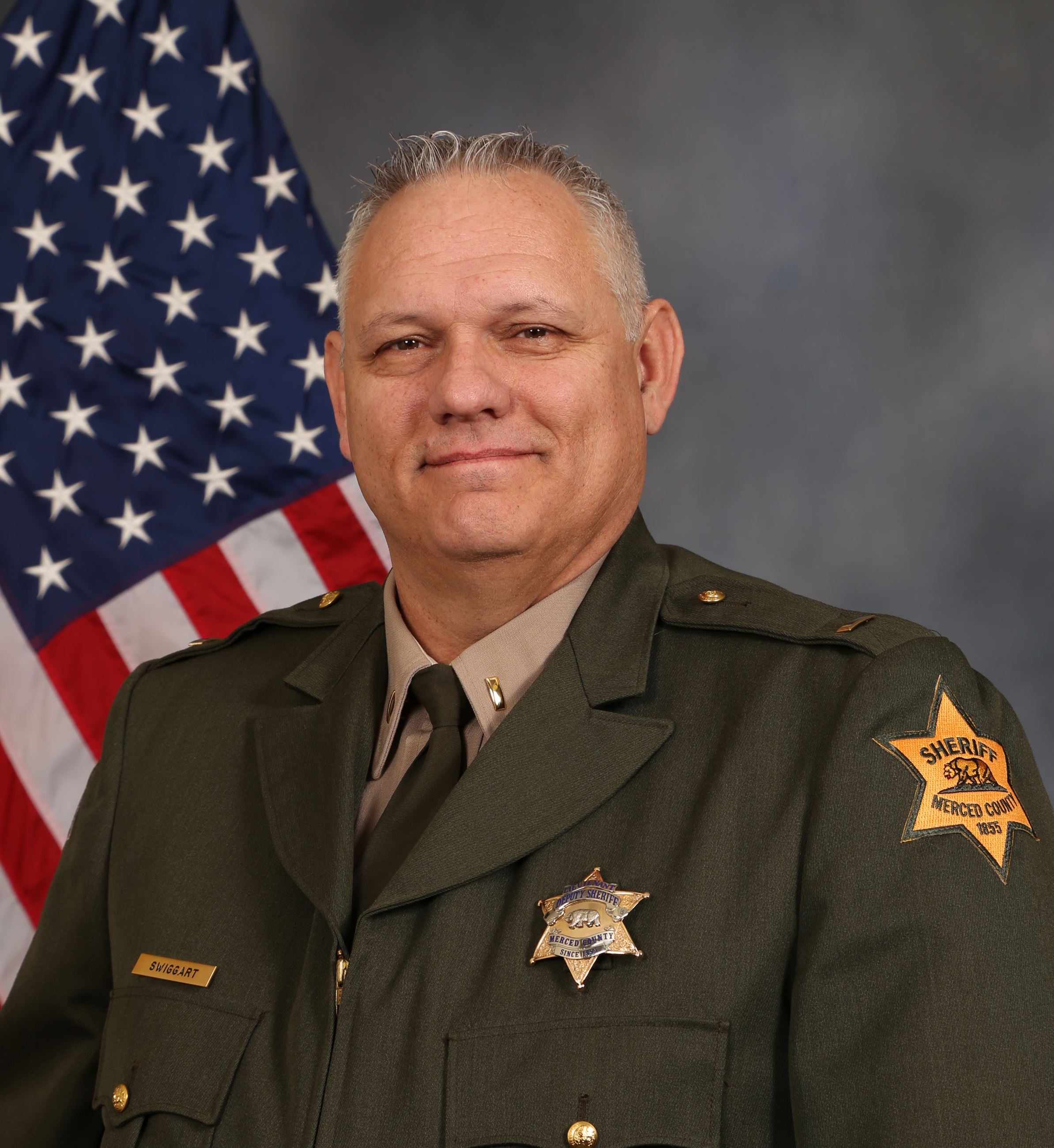 Lieutenant Frank Swiggart Jr. was born and raised in Le Grand, Ca. and graduated from Le Grand High School in 1985. He was first hired by the Merced County Sheriff’s Office as a reserve deputy sheriff in 1990. In 1995, he attended and graduated from the Modesto Police Academy.  Upon graduation, he was hired as a full-time deputy sheriff by the Merced County Sheriff’s Office at the age of 27.

During Swiggart’s time as a deputy, he was on the Sheriff’s Problem-Oriented Policing Team, a field training officer, and an agricultural detective, a departmental instructor for CPR/First Aid and coordinator/instructor for the Sheriff’s Office Emergency Vehicle Operations Course(EVOC).

Swiggart was promoted to sergeant in 2009 and worked as a patrol sergeant.  In 2010 Swiggart was assigned to the Merced Community College as the Director of Law Enforcement until he returned to patrol in 2014.  He also served as the supervisor of the Court Services Bureau and Reserves Coordinator. In October of 2017,

Sheriff Vern Warnke promoted to Swiggart to Lieutenant, he is assigned to supervise the Main Jail, Supervised Release Team (SRT), and Court Security.

Lieutenant Swiggart currently is an adjunct POST Instructor at Merced Community College and earned his undergraduate degree in Criminal Justice Management from Union Institute and University in 2016.