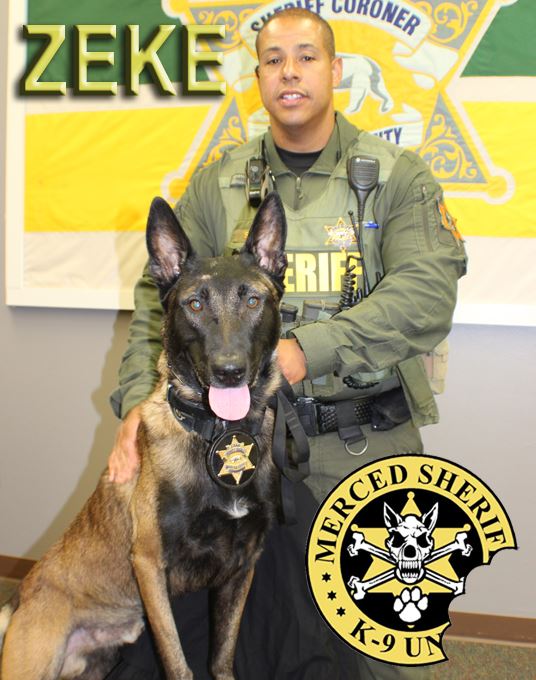 Deputy Sparks enjoys working out in his off time and he is a die-hard San Francisco Giants and Dallas Cowboys fan. Deputy Sparks tries to go to as many games as possible and enjoy doing those kinds of things.

Deputy Sparks partner, K-9 Zeke, is a 3-year-old Belgian Malinois who comes from. Holland in the Netherlands, K-9 Zeke has been in the United States for about 3 years and was purchased by the Merced County Sheriff’s Office from Adlerhorst International in November 2016.

K-9 Zeke enjoys running around the backyard and having his belly scratched and rubbed by Deputy Sparks family during his off time. K-9 Zeke is a very calm dog and is very good around children, however when the collars come on he knows it’s time to go protect and serve the citizens of Merced County and switches roles very quickly.

Deputy Sparks and K-9 Zeke continue to look forward to providing the citizens of Merced County with the top notch quality K-9 and law enforcement services they deserve.